The EU funded sysVASC project is a bench to bedside program with a systems biology approach to identify molecular targets for cardiovascular disease treatment. Eagle Genomics lead the data analysis work package. The Eagle Genomics' task was to organize and harness the value of sysVASC scientific and patient data in the context of publicly available information on therapeutic gene targets. This allowed rapid prioritization of candidate targets for further experimental analysis.

Cardiovascular disease (CVD) describes a multitude of clinical conditions and varies in degrees of severity. It is believed that the development of the disease is triggered by early functional and structural changes in the vessels that lead to multiple discomfort symptoms and even organ damage.

The early disease pathways (pathophysiological changes) of CVD are not very well understood. While earlier stages are, in part, reversible, their diagnosis is challenging due to the patients experiencing no symptoms. Screenings may need specialized equipment to characterize the underlying problem and often are not carried out due to the lack of symptoms. The vascular damage accumulates for years before patients are identified and offered therapeutic treatment. Advanced stages or critical events are not always the immediate consequence of earlier disease processes which adds further complexity to the disease and its diagnosis. 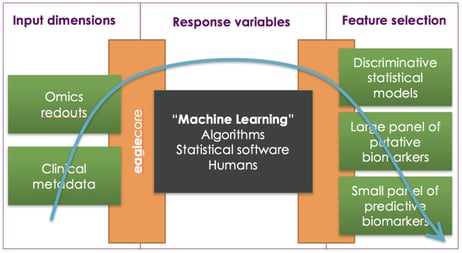 The team simultaneously captured categories required for data valuation (association of target with CVD, druggability of target, safety/criticality of target and novelty of target) and built a hierarchical AI valuation model.

The model was used to score all human genes according to their value as novel therapeutic targets for CVD. Candidate targets emerging from sysVASC biomolecular association screens were analyzed in the context of the overall value distribution thus allowing us to prioritize those candidates to progress to the next stage of experimental validation.

Asymptomatic vascular damage accumulates for years before patients are identified and subjected to therapeutic measures. The limited knowledge on early vascular disease triggers is reflected in the lack of therapeutic options. sysVASC aims to overcome this limitation by connecting comprehensive systems approaches to explain pathological mechanisms, which will yield molecular targets for therapeutic intervention.

Cardiovascular disease (CVD) is a general term that describes all diseases of the heart and/or circulating blood vessels and is the leading cause of mortality and morbidity worldwide. The main types of CVD are coronary artery disease (CAD), stroke, peripheral arterial disease and aortic disease. An estimated 17.7 million people died from CVDs in 2015, representing 31% of all global deaths. Of these deaths, an estimated 7.4 million were due to coronary artery disease and 6.7 million were due to stroke.